Sunrock salutes our boys! We have had some wonderful producing sires that have left their mark on the parson world!

Wyatt is CLEAR  for the following  Cerf, PLL,  Baer, Hips, Patellas, LOA, SCA and Elbows. Results can be seen on the OFA website.

Wyatt started his show career with a bang, finishing his Championship in 5 shows, with 3- 5 point majors. He was Winners Dog/Best of Winners for 5 pts at the first roving PRTAA specialty at GWTA in 2005 at the tender age of 7 months . He went on to be ranked the #3 parson in the country for 2006, and in the Top Ten for 2007. He won the breed at Hatboro KC in 2006 and that same year won an Award of Merit at the PRTAA National Specialty at MCKC under Breeder Judge Julie Felton. That same year he won a Award of Merit at the AKC/Eukanuba Championship. He only produced 4 litters with a total of 18 puppies, of which 9 became Champions. His daughter CH Sunrock's What Lola Wants, Lola Gets was BOS/AOM at the 2008 PRTAA specialty at GWTA.  His daughter GCH Rosewood's Forget Me Not was WB/BOW/BBE at the 2008 PRTAA National at MCKC, she is the mother of GCH Rosewood's OMG(current #1 parson) His son Diesel- CH Sunrock's You Made My day JE, is the father to our wonderful Sailor and Poppit, both which have been great producers. Several otherof his daughters have gone on to produce some of the top winning dogs being shown.

He is enjoying his retirement , and is now starting earthdog and maybe some rally!

Wyatt you are our special boy with your super sweet temperment. 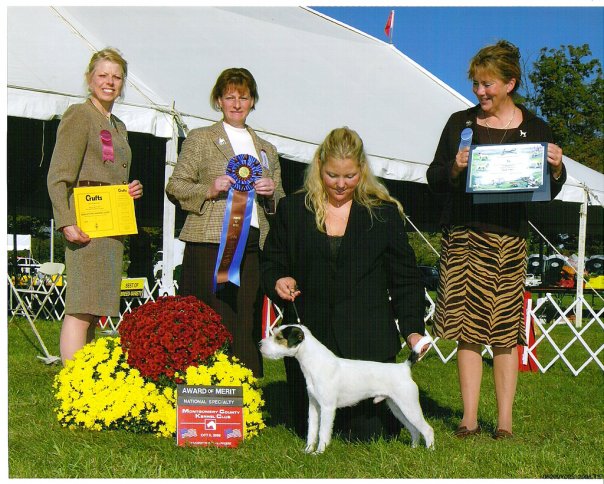 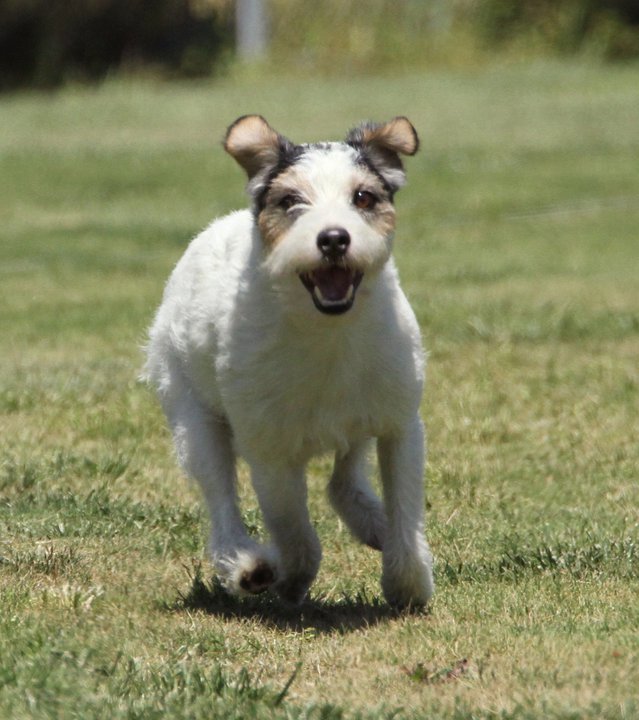 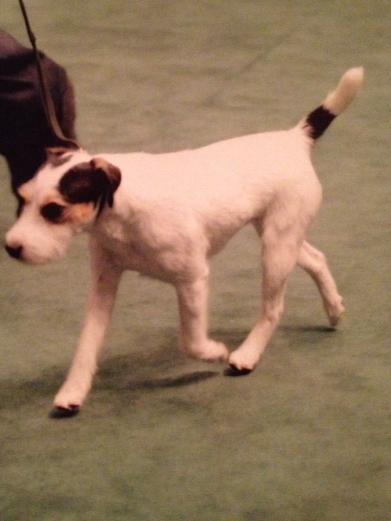 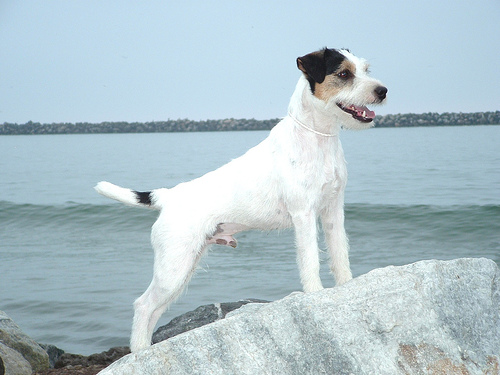 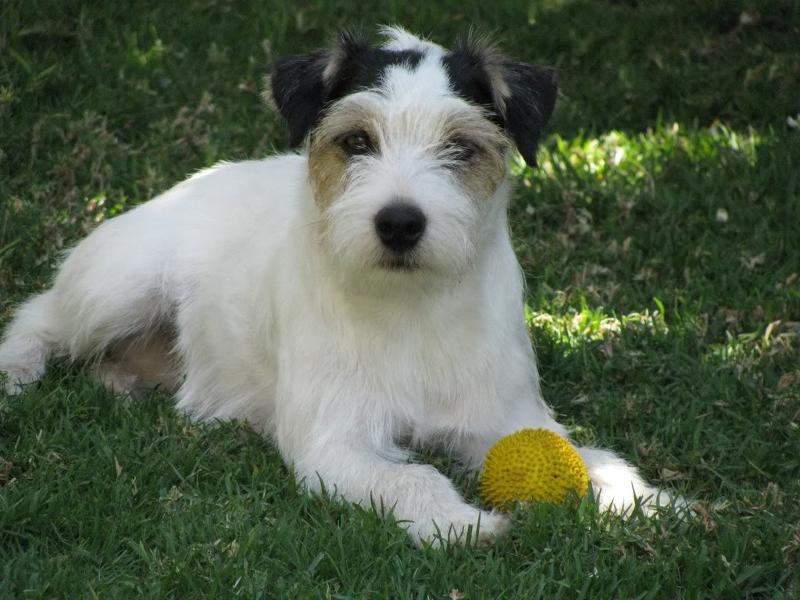